Attention! We have become aware of a malicious site similar to ours using the name Entoro Capital Investment. Please be aware that this site is not affiliated with our business and has been reported to the appropriate authorities. 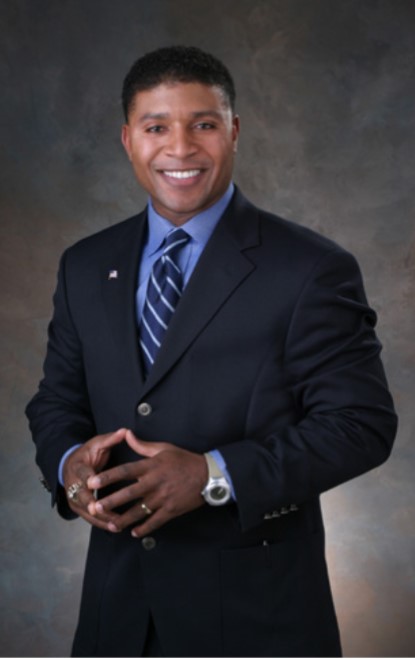 Former running back at Oklahoma, and in the NFL with the Houston Oilers and San Francisco 49ers, Spencer Tillman joined FOX Sports in 2015 as a college football game analyst, reuniting with play-by-play announcer and longtime colleague Tim Brando. Tillman and Brando were joined by reporter Coley Harvey for a full schedule of college football games on FOX and FS1 in 2018.

Prior to joining FOX Sports, Tillman was the lead studio analyst for CBS’s “College Football Today” pregame show for 17 years (1999-2015), working alongside Brando for the first 15 of those years before Brando joined FOX Sports. Tillman held the lead studio role longer than any broadcaster in CBS Sport’s History. Tillman also co-hosts KTKR-TV’s “Houston Texans Inside the Game” in Houston.

SUPER BOWL-WINNING NFL CAREER
Tillman, an All-American running back at the University of Oklahoma (1983-86) who helped lead the Sooners to the 1985 national championship, was drafted by the Houston Oilers in the 1987 NFL Draft. He played eight seasons in the league, including with the Super Bowl XXIV champion San Francisco 49ers in 1989, where he was a team co-captain along with Joe Montana and Ronnie Lott. Before joining the 49ers, where he remained through the 1991 campaign, he played for the Oilers from 1987 to 1988. In 1992, Tillman returned to Houston, where he played through his final season in 1994. ‍

COLLEGE DAYS
Tillman won All-America honors as a running back for the University of Oklahoma and captained the Sooners when they defeated Penn State in the Orange Bowl to win the 1985 National Championship. Tillman was a highly decorated collegiate player, winning UPI Player of the Year in the Big Eight Conference in 1982, the Big Eight Football Newcomer of the Year in 1983 and MVP of the Orange Bowl in 1987.

BROADCAST BEGINNINGS
In the off-season following the 1987 NFL Draft, Tillman served as an anchor and reporter at Houston’s KPRC-TV for seven months, simultaneously fostering the development of his football and broadcasting careers. Prior, he hosted two radio sports-talk shows in Oklahoma City while reporting for and anchoring a radio magazine show. Tillman went on to spend 10 years as a sports anchor at KPRC, and from 1997-99, helmed weekend sports for New York’s WABC-TV before CBS Sports brought him on board in 1999 as lead studio analyst for “College Football Today,” where he worked alongside Brando for 15 years.
‍

While at CBS Sports, Tillman and Brando also teamed to call regional NFL games from 2000-03. Tillman also went on to serve as a reporter for CBS’s NCAA Tournament coverage and anchored regional broadcasts on FOX Sports Networks, in addition to a stint as host of DirecTV’s “NFL Sunday Ticket.”

PERSONAL
In 2005, Tillman authored “Scoring in the Red Zone: How to Lead Successfully When the Pressure is On.” In 2009, he appeared in the movie “Horrible Turn.”

Born April 21, 1964 in Tulsa, Okla., Tillman graduated from Thomas Edison High School. He earned a bachelor’s degree in journalism and in communications from the University of Oklahoma in 1988. He is a graduate of the Harvard Business School & NFL’s OPM Program. He currently resides in Sugar Land, Texas, with his wife, Rita, and their four daughters (Alisa, Blair, Mir and Bailey). Tillman is active as a board director for: Methodist Hospital System, the Houston Health Foundation as well as the Lombardi Foundation. He is an accomplished, in-demand speaker on matters of leadership and performance.